To share accommodation with someone, just like other things, has its positive and negative sides. Sure, you save more because you share expenses with others. In return, you get to spend more money for yourself.

However, you also have to deal with several matters, such as losing the privacy that you used to have in your family home. In addition, you have to face the differences that exist between you and your flatmate. You may be the type who prefers to be alone in your home, but now you have no choice but to deal with another person. You may also be the type who doesn’t mind sharing accommodation with other people. Either way, you would definitely want to get along with your flatmate. After all, you will potentially live with them for some time.

Sharing accommodation tip #1: Reach out to your flatmate

Sharing accommodation is not that easy as you will be living with someone who is new to you – someone you barely know. It is very different from living with your family who won’t really mind wherever you place your stuff or whenever you want to turn off the television.

However, you should keep in mind that even if you decide to share space with somebody, you still have your privacy. The only thing that has changed is that now, you also have a flatmate to live with.

On the other hand, you have other things to realize. For one, it might be awkward at first, or maybe for some time. Of course, differences will show up along the way. In this case, matters such as talking behind one’s back might happen. So as you move in, you should try to get to know those whom you are going to live with. Choosing rooms for rent and the people you will live with might not be easy at first, but trying to reach out and getting to know your flatmate will surely go smoothly over time.

To get to know your flatmate, you may start with basic things. For example, if you happen to get their names ahead of time, then you might want to start determining how you can contact them as well. Alternatively, simply give a brief introduction about yourself when you meet them for the first time. A good rapport might start to blossom between the two of you by then.

In every relationship that a person gets into, whether it is with a relative or even a special someone, there must be certain rules; having rules with your flatmate is no different.

You and your flatmate must agree on how you will deal with each other’s space. For example, suppose that there are only two of you who will share the apartment and both of you have your own rooms. In this case, no one must enter the other room without asking for permission. You must also come to a unanimous decision on how you will both decorate your common space. People availing of rooms for rent and sharing accommodations must be able to talk these things out so that no bad blood arises.

Also, be considerate when it comes to the noise level. Whether or not you think you have the best preference in music, think of your flatmate, too. In this regard, if you are used to singing loudly while playing your favorite songs in a louder-than-normal level, then forget it for now. People have different preferences. You might like hip-hop, Korean Pop, rap, mellow, and other music genres because you think these are either exciting or soothing to the ears. However, that doesn’t mean that your flatmate would have the same preference. This then is where the process of “getting to know each other” takes place. Until you’ve figured out that your flatmate doesn’t mind you playing music loudly, just use your earphones and jam with your favorite tunes on your own.

Although it may seem fun to know new people and get to figure out the commonalities and differences that you may have with them, learn to give your flatmate the privacy that he or she deserves. This can be done in several ways. You can try knocking before entering their room or not entering someone else’s space without their permission.

For sure, you don’t want your flatmate to disturb you whenever you are busy reviewing for your upcoming exams, right? You both share accommodation, but it doesn’t mean that your privacy must be compromised, too. Hence, it is always better if you give your flatmate the time and privacy that he or she needs.

Getting to know your flatmate involves discussing how he or she prefers things. A “morning person” and a “night person” may not be able to get along well if they are not able to talk about their preferences when it comes to schedules. This is necessary because not all people who go for rooms for rent have the same lifestyles. Some prefer sleeping early because of busy days while some prefer having late nights to study, watch television shows, or surf the internet. Noise tolerance then may cause disputes if basic preferences are not talked about carefully.

In the same regard, schedules for having guests must also be discussed by flatmates who share accommodation. This is one thorny issue, which flatmates should agree on early enough so as not to disrupt their relationship. Boisterous friends on a sleep-over, relatives who are only too willing to take over your life, etc.—the list of possible disruptive guests is endless. Agree on what to allow and what is to ban in your territory. 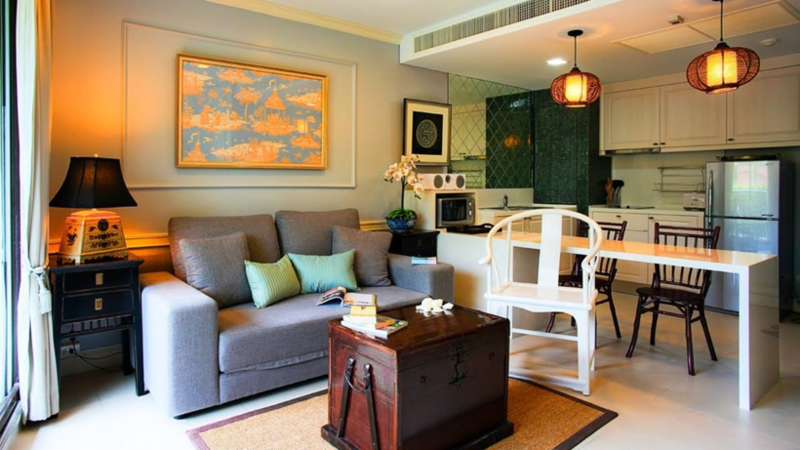 For sure, your flatmate won’t mind whether you have a clean or messy room. It’s not his or her room in the first place. But those areas that you share together must be jointly kept clean. If your flatmate is used to leaving stuff anywhere, it doesn’t mean that you should do the same as well.

On the other hand, if you and your flatmate happened to agree that you can hire a cleaning service, then you may do so. Just have a careful discussion on how frequent your home is going to get cleaned and how much it will cost both of you. If you want to cut costs, then it would be wise for you to draw up a schedule on who gets to clean which room on what days. Divide the jobs equally.

This must be one of the most common issues among people who share accommodation.

One should be responsible for his or her own use of utensils. For example, you should wash your own dishes after eating meals. But if it happens that your flatmate cooked for the both of you, then you should at least voluntarily extend help in cleaning up afterwards.

On the other hand, what if you’re the one having issues with your flatmate when it comes to kitchen cleanliness? The best thing to do is to let your roommate know about your feelings in a diplomatic way. 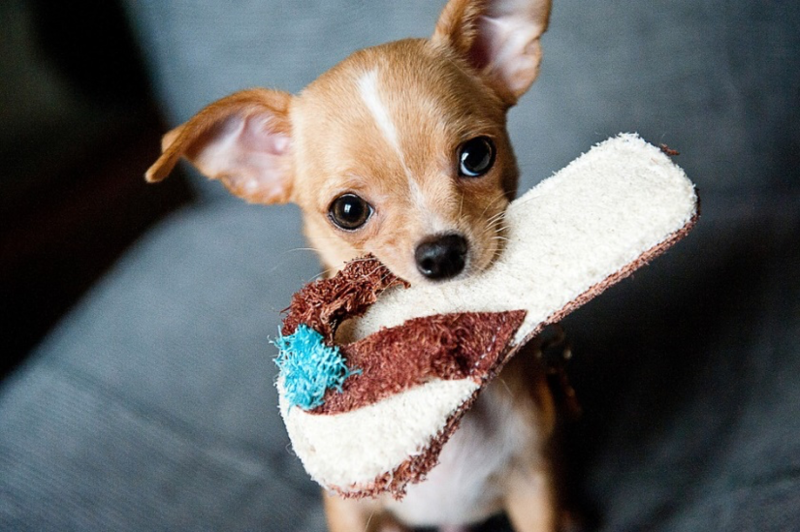 Sharing accommodation tip #7: Know how to handle your pet

So you happen to love dogs and you want to bring one with you to your new space? Well, if you’re sharing accommodation with other people, then you need to be considerate of them, too. In this case, it might be good for you to look for a flatmate who is also a pet lover. This will minimize the chances of having pet-related issues between the two of you.

Either way, you should keep common spaces clean. You must also be considerate when it comes to trash. Do not bring in pets if you are not yet ready for the responsibilities that go with having them. Hygiene must be one of the major considerations when bringing a furry friend into a shared accommodation.

Experts also suggest that it would be wise for you to first ask your flatmate if he or she would be willing to take care for your pet when you are not around to do so. This doesn’t mean, though, that your flatmate would automatically take over your responsibilities regarding pet care.

Remember, you took in a pet because you chose to be mainly responsible for their well-being. Leaving them to be taken care of by other people without asking for their permission is not a good practice. Remember not to dump your responsibilities on others.

This rule is apparently a big issue if not followed by people who share accommodation. It is a “better etiquette” if you do not use other people’s belongings. Whether you are interested or not in your flatmate’s prized shirt, new shoes, or favorite salad in the refrigerator, you must not cross the line by using or consuming it without the owner’s permission. You sure don’t want to be out for a few days only to find that your favorite chocolate has been eaten by your flatmate!

Sharing accommodation tip #9: Agree to have house keys for both of you

What if someone gets locked out and he or she doesn’t have the access to get in? What if the person who has the key can’t go home right away due to unfinished work in the office or school? As early as possible, discuss such matters with your flatmate.

People who share accommodation definitely have different things to do every day. Thus, their schedules in getting home might not match. As such, it is a necessity to have house keys for each of you. Better yet, make sure that both of you have spare keys as well.

This one is a must for flatmates who rent the same space.

Doing household chores such as washing the dishes is something that, if not discussed properly, might cause misunderstandings between people who rent rooms in the same flat.

Both you and your flatmate must have a clear definition of what is considered “clean.”  This will help in the process of setting up realistic expectations. Both of you must also let each other know which areas must be well-maintained on a daily, weekly, and monthly basis. You should also discuss who is assigned to which, like having a calendar on who is going to cook dinner or who is going to do the dishes.

Sharing accommodation tip #11: Don’t hoard all your things into the rented place

When you’re renting, especially when you’re sharing accommodation with someone, you know space is scarce. As such, be mindful of the things you bring with you so as not to make your space cramped and to avoid intruding on your flatmate’s space. Stick to the essentials. If you really have a lot of things that you cannot let go of and that you can’t leave in your parents’ or friends’ homes, then you may want to consider renting a self-storage unit. You can keep your things here until such time that you need to use them or until you get to move to a bigger place.

Sharing accommodation with a flatmate definitely has its positive and negative sides. It might be tough at first, since you’ll be dealing with people who might not have the same lifestyle as you. However, you must find a way to build rapport with them. After all, you are a team – aiming to establish peace and order in your rented place. If there are cases where the space allocated for each of you is not enough and putting more stuff on your shared areas might not work, then you may try asking help from professionals such as those from Spacer. You can search for storage Sydney and parking on the site, so that you can have a more harmonious living arrangement with your flatmate.