Recycling Crisis: How does Australia Compare to the Rest of the World - Spacer Blog

Recycling Crisis: How does Australia Compare to the Rest of the World

While Australia is doing well for recycling, with almost 90% of citizens recycling their cardboard and paper and almost 100% for garden organics. However, the waste management system could be improved. Here are some of the world’s leaders in waste management:

The practice of recycling in Australia is widespread and many Aussies are efficient recyclers who conscientiously segregate their rubbish every week. Statistics reveal that Australians recycle at least 87 percent of paper and cardboard yearly, thereby preventing the destruction of many trees. In 2015, reports stated that the country recycled 97 percent of garden organics and 55 percent of general waste.

Whilst it looks like Australia has done much for the Earth when it comes to recycling, the country still needs to work on a proper waste management system. Before China imposed a ban on foreign wastes, Australia shipped out their waste to the country for repurposing. The ban, which took effect January 2018, resulted in a waste management crisis for the government.

When rubbish brought to a recycling depot isn’t actually reused in Australia but shipped elsewhere, it proves that there’s much room for improvement to this system and Australia can take inspiration from countries that have successful recycling and waste management systems in place.

Germany ranks as the top country with the best recycling rate for both household and industrial wastes at 56.1 percent per year. The country provides households financial incentives when they produce less rubbish. Families can collect €7 per 60-litre bin from the government, which is about half the size that Australians on average deposit at recycling centres. Reports say that Sweden has nearly zero percent household wastes sent to the landfills, so much so that it has to buy rubbish from other countries for its recycling facilities to thrive. This Scandinavian country imposed a tax-heavy system on fossil fuels in the early 1990s. Private companies also follow a proper system to dispose of its wastes, which usually go to the government’s heating network. Most of Sweden’s electric power comes from renewables.

Wales plans to achieve zero waste levels by 2030, and the country has been slowly overtaking Germany as the world leader in recycling. Of the European countries, Wales has the most efficient waste management system and storage solutions in place. Its government has invested in equipment that sorts out wastes properly. It has also imposed regulations and benchmarks for reusing wastes at the local level. Residents will receive a fine if they don’t follow these regulations.

The South Korean government has set up the jongnyangje, an organised recycling policy that rewards or penalises citizens. Their wastes are divided into four categories for recycling: organic, recyclable, landfill and large objects. Anything else that still needs to be directed to landfills are turned into livestock feed, whilst industrial companies follow metal recycling protocols based on the law. Because of urbanisation, self-storage units have become a trendy must-have in booming Asian countries, including South Korea.

Singapore is known for its cleanliness and even its local landfills have lush greeneries and trees for the birds. Only two percent of its wastes are directed to landfills and the rest are either burned (38 percent) for electricity or recycled (60 percent). This Asian megacity quickly devised better recycling initiatives in the early 2000s, after realising that its residents generate six times the wastes it used to generate in the ’80s. Singapore’s system is much more efficient than that of the United States.

Over half of Austria’s wastes are sent to landfills and its waste management system has been stable for nearly two decades. Most of its rubbish on the municipal level is sent to incinerators and recycling depots to help generate energy. The federal and provincial governments work hand in hand to make sure that its 2002 Waste Management Act is enforced well. In 2014, Brazil broke the record for metal recycling, specifically the aluminium wastes from canned beverages. This South American nation has become the top recycler of consumer packaging (98.4 percent), which has alleviated its economy of the increasing cost of energy.

Japan has several colour-coded stacks of crates at offices, train stations, supermarkets and government bureaus for separating recyclables. Trucks from recycling facilities collect the contents of these stacks every week. Glass bottles are either cleaned or used again, whilst shards are used as materials for paving roads. Plastic bottles are turned into fabrics and raw materials for containers and consumer items. Japan also has a zero-waste town called Kamikatsu, which has been drawing a lot of tourists for its initiative. Here, residents practise 45 different categories for recycling.

Taiwan has a place called Garbage Island that boasts of a 55 percent recycling rate as of 2015. Trash is collected not once a week, but several times a week and residents are actually alerted to take out their color-coded trash bags via their mobile phones. Violators of the waste management law are fined or publicly shamed. Collected garbage is recycled for use in manufacturing or as compost for farmers. The Wall Street Journal cited this Asian country as the “World’s Geniuses” when it comes to disposing garbage.

Whilst the country has neither official waste management system nor modern recycling depots, it has the Zabbaleen. This group, whose Arabic name actually translates into “garbage people” in English, gathers and collects trash to reuse, resell, and earn money from. The Zabbaleen are the subject of the documentary “Garbage Dreams.”

Spacer supports Australia in its bid for zero waste. We provide storage solutions for items that shouldn’t be rotting and soiling in landfills, if they can still be reused. Do you have things you need to eventually give away, donate or dispose of at recycling sites but have no space to properly sort and organise them? Let us help you with this! Contact us for more information. 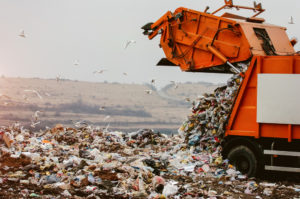