Origin Stories: The History of the Cupboard - Spacer Blog

Origin Stories: The History of the Cupboard

If you’ve ever had to store your most valuable dining set in furniture storage because of improper cupboard design, you might not have felt much fondness for these kitchen additions. But we have a lot to be grateful for when it comes to cupboard storage – and we weren’t always so lucky!

In this article, we’re going to roll it back to the invention of the humble cupboard to find out how it all started. When you’re finished reading, you’ll be thankful for every pantry cupboard, linen cabinet and convenient storage shelf in your house!

What exactly is a cupboard?

Are they built-in to the design plan? Are they additional pieces of furniture that are added later? How can you tell the difference between a cupboard, a cabinet, a dresser, or any other kind of storage unit?

To answer that, it’s helpful to go back to the cabinet’s origin story. And as it turns out, it’s all in the name.

Cupboards were invented in the Middle Ages as a specific kind of sideboard to store – you guessed it – cups. Over time, their designs became increasingly elaborate, with skilled craftsmanship and carved imagery. And their use expanded, too – cupboards could house plates, cutlery, and an array of other dining supplies. These large storage units were sometimes called ambries or pantries, but the basic function and design was the same – a tall chest with doors and shelves.

Now, if you thought that the history of the cupboard would lead straight to our modern-day cupboard storage options, you’re in for a fun detour. In fact, the cupboard was so useful that it began to be adapted to other areas of the house, as well.

Take the armoire, for instance. The history of the armoire goes back to the ambry – what was used in England to hold dinnerware was adapted in France to hold linens and clothing. Today, you can tell the difference between the two by the armoire’s elegant, tall double doors. Without shelves, the armoire cupboard can be used to hang gowns and coats, while optional drawers on the bottom store smaller items.

As you can probably guess, the versatility of the cupboard has made this furniture item a bit difficult to define, nowadays. You can find cupboards in your living room, the bathroom, pantry storage, and kitchen. Cupboards can be built in, floating, or on four legs, as they were traditionally.

And the only real defining characteristic of a cupboard is that it has some kind of doors and shelving. Beyond that, the cupboard can take on a variety of different styles and trends: glass doors, natural wood, bright colors, ceramic knobs, brass handles, or no handles at all.

If you were to look around your grandparent’s furniture storage, you would probably find an amazing array of cupboard storage examples. And if you’re really interested in seeing the medieval styles, the Victoria and Albert Museum in London has one of the largest collections of medieval cupboard furniture in the world.

The fascinating timeline of the cupboard here in Australia

After the first few hundreds years of cupboard development in Europe, these useful furniture items made their way here to Australia. But furniture sellers and buyers here quickly learned that they would have to make some adjustments. After all, shipping furniture from Europe was expensive – these large, bulky furniture items weren’t exactly travel friendly. And, the types of wood used in the traditional style of cupboard making – oak, elm, and walnut – were not native to Australia, meaning that the furniture makers couldn’t simply recreate the European cupboards.

Out of necessity, then, woodworkers used the materials they had available – mainly cedar and pine. And the gorgeous cupboards and other furniture items made at the time gained world-wide attention. In fact, Australian Red Cedar was so popular as a building material that it was given the name “red gold” and became one of the most profitable exports of the 18th and 19th centuries. If you look for antique furniture items from that time, chances are, you’ll find beautiful cedar cupboards.

Sadly, by the end of the 19th century, cedar was so over-logged that it became extremely hard to find. By the mid 20th century, this tree was considered commercially extinct. While it still exists in the wild in some areas of Australia and can sometimes be grown in private settings, this highly sought-out timber isn’t typically used for furniture anymore.

And, if you’re looking for a place to safely store your beloved cupboard, a rented furniture storage space through Spacer is a great option. Whether you’re in Sydney CBD or in a suburb outside of Perth, you’ll find a reliable and safe place to store any valuable cupboards or other furniture!

Now that we know about some major advances of the cupboard in medieval Europe and colonial-era Australia, what can we find in more recent history?

Just as they have over generations, cupboards have continually changed to accommodate our household needs. And one prime example is the development of the kitchen cupboard in the 20th century. With the invention of the Hoosier cabinet around 1900, efficiency in storage and cooking became a central idea in kitchen design. At-home chefs – who were often stay-at-home mothers tasked with many household chores – wanted to spend less time cooking and cleaning, and the pantry cupboard or kitchen cupboard reflected that.

Here are a few other major developments in the culture of the Australian kitchen:

These are just some of the major transitions that we saw in kitchen cupboard storage options in the 20th century. There were also advances in pantry cupboard options, especially as buyers had more access to foods with long shelf lives. And you can find similar examples in linen cupboards and bathroom cabinetry.

What is the future of the cupboard?

We’ve come a long way from the medieval cupboards of the past. Now, cupboards are all about utility and style. They’re designed to maximize storage options while also creating the perfect aesthetic for any interior design theme.

But, in the modern household, there might just be room for the old with the new! Pull out that antique cupboard from furniture storage and see if you can’t give it a new life! 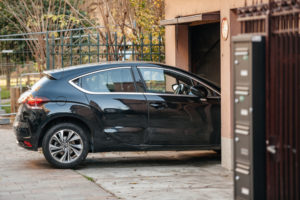 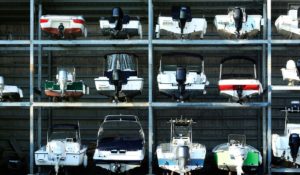