Here are some of the Christmas themed cocktails and drinks that will warm you up and cool you down during the summer Christmas:

Christmas is a time of reflection and excess. An excess of food, festivities, parties and drinks. There are so many options that you can make and take advantage of during this holiday season. Put your own spin on classic cocktails, add a little something extra to a bowl of eggnog and taste test the fruit punch before serving it to your guests. Here are some of the drinks that you can think about including in your Christmas menu this year. This delicious dairy-based beverage is something that many households and parties include in their Christmas menus. Although some of the ingredients are a little unappetising, such as egg whites and yolks, however the sugar and alcohol mixed in with the mixture combine to create a great and tasty Christmas treat. A lot of supermarkets now offer it to customers during the season because it’s so popular. Cinnamon is a well known spice that jazzes up a lot of treats, savouring dishes and drinks. The spice is also commonly associated with the festive season so it comes as no surprise that it would be used for Christmas. You can add whatever fruits, juices and alcoholic beverages that you wish, along with a cinnamon stick and mix it however you like to get the flavours just right. A punch bowl is just one of the ways that you can bring that collective sense of celebrating the Christmas holiday together. It is another flavour that is commonly associated with Christmastime, due to treats such as candy canes. It makes sense that cocktails will adopt this so that people can enjoy drinking something refreshing and tingly. The peppermint flavour was introduced to Christmas approximately in the 19th century. Since the mint herb is green in colour and green is a part of the Christmas colours, it was immediately associated with the holiday, and now it’s become second nature to expect something mint flavoured during the festivities. There’s something about the taste of apple cider that brings out a festive charm that is commonly related to Christmas. It contains a bite that is quite popular with most people, which makes it a common staple in bars and households. It closely resembles sparkling wine due to the carbonation of the fermented apple juice that is a main ingredient of the drink. You can find other fruits that cider has been infused with, such as pear, which is a very popular beverage second only to cider made with apples. The heating of wine dates back to the time of Ancient Rome, and Medieval England also had a role in shaping what we know and enjoy today as mulled wine. The wine is blended with an assortment of herbs and spices, such as cinnamon, ginger, cardamom, nutmeg and cloves and finished off with some sugar. In more recent years, fruits have been added and soaked into the mulled wine to add a more citrus essence to the mixture. This beverage is usually served hot, however you can put your own personal twist on this classic festive cocktail. Along with rum, hot cider or water, butter and spices like cinnamon are all mixed up together to create this lovely concoction that will warm your bones and make you think of the holiday season. If hot beverages are not to your liking, you can try adding ice cubes to lessen the temperature. You can’t go wrong with a good cup of hot chocolate. This is a favourite amongst the children so if you’re looking for something that they can enjoy this holiday season, try adding a little something to the mix, such as a dash of cinnamon or even a hint of peppermint. If the weather is a little warmer than you expected, you can always try making an iced chocolate by blending the hot chocolate mixture with crushed ice. You can even simply make lukewarm chocolate and add ice cubes to bring the temperature down even further. When it’s summer in Australia, some of the more traditional drink options might be a little more warming than you would like. If you’re looking for something a little more refreshing and cooling, watermelon margaritas might just be the thing for you. Watermelon itself is quite a refreshing fruit so adding that to the mix along with some sugar, crushed ice and tequila will make for a great summer Christmas celebration.

If you want to celebrate Christmas with some of the more well known beverages, there are ways to mix things up and add a little more spice to whatever it is you’re drinking. Most of them can also be made cold so that if you’re experiencing a hot summer that your drinks don’t have to be hot as well. If you have spare space from cleaning up your storage space this Christmas holidays and wanting to earn a little extra money for the New Year, Spacer can help you with that. Simply list your space onto the Spacer platform and acquire a renter, maybe even one in your local area. Get into the holiday spirit and enjoy the festivities. 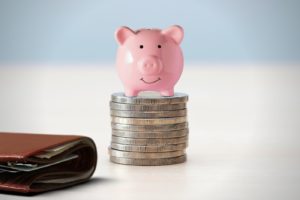 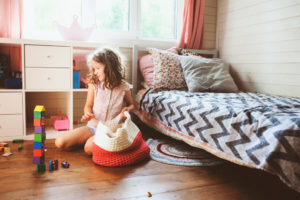